The pyramids of snow from the succession of Nor’easters this winter are finally yielding to longer, warmer rays of spring. As the days lengthen, we rededicate ourselves to our core values that guide our care as trustees of oral care. At Dental Associates of Walpole our commitment is always to provide the best oral health care for patients. This promise of excellent, compassionate care shared by all of us who provide oral care, may be traced back to the roots of the profession of dentistry and its branches of oral care. 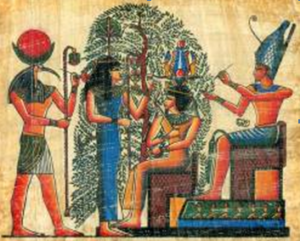 In the cradle of civilization ten millennia ago, there is evidence from fossil records that humans were helping each other to remove the pathogens that were causing discomfort and disease in teeth. Fossils of teeth recovered from sites near the Tigris and Euphrates rivers from that early time show signs of intentional removal of decay. Cavities or caries were deliberately reduced in diseased teeth by small flint tools fashioned for this purpose. Archaeologists have analyzed teeth from this period and report that humans attempted to alleviate the pain of dental decay by mechanically removing the causes of dental disease at the birth of human civilization.

We also know from hieroglyphics and papyrus scrolls that in 3,000 B.C. members of the Egyptian society dedicated their lives to promoting oral health. An early Egyptian dental care provider, named Hesy-Re was known as the “Chief of Toothers.” Hesy-Re and other early Egyptian dental care practitioners treated injured teeth and had natural remedies for dental and periodontal or gum diseases. Caraway oils were used by the Egyptians as a cleansing mouth rinse and antiseptic. Myrrh was used as an herbal remedy to reduce oral inflammation. Barley mixed with honey or linen fragments mixed with cedar oils were used as dental filling materials for fractured or carious teeth. Gold and silver wires were also used to keep loose teeth in position. 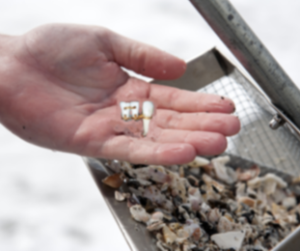 The ancient Greeks also valued dental health and knew of the direct connection between oral well-being and overall health. Today, near the Boston University School of Dental Medicine, stands a statue of the fifth century B.C. Greek scholar, Hippocrates, who wrote texts that became the foundation of early Western medical and dental knowledge. Hippocrates believed in a rigorous observational, methodical approach to diagnosis of illness, devised new treatments for dental maladies and wrote that treatable natural forces were the cause of dental disease and that these forces could be rebalanced to achieve recovery. Hippocrates wrote about the use of ointments to treat tooth pain and detailed methods for removing teeth that were diseased beyond repair. The eruption pattern during dental development and the healthy sequence of eruption of teeth were also studied and documented by Hippocrates. To this day, new dentists across the United States pledge the Hippocratic Oath of placing the making the best interests of patients the highest priority and ‘doing no harm’ during the treatment of patients.

Shortly after Hippocrates wrote his medical texts, the Greek philosopher Aristotle wrote scholarly works on dentistry, describing what was known at the time about tooth growth and development, tooth diseases and periodontal disease conditions. Aristotle, like Hippocrates furthered the methods and instruments used to restore and stabilize teeth. Aristotle realized that teeth have a blood supply and studied teeth in animals to document the comparative anatomy of the non-human dentition. Other Greek scholars like Claudius Galen discovered that teeth are also supplied by nerves and that each tooth has a nerve and blood supply within it. Claudius Galen recommended regular oral hygiene regimens to promote dental and gingival health.

The diagnostic tools available to oral care providers advanced with more precise dental instruments and a deeper understanding of the causes of oral disease, but the core principles of providing care with compassion remained rooted in earlier eras. In 1575, a French physician at the Hotel Dieu, Ambrose Paré wrote texts on surgery that included detailed descriptions of procedures performed in oral surgery. Paré was so well regarded as a dental surgeon that he was called upon to treat the kings of France. His textbooks of oral surgery counseled dentists to practice carefully and always in consideration of how patients are feeling. Another French dental surgeon in 1723, Pierre Fauchard promoted a detailed understanding of oral anatomy, function of the dentition in health as well as disease processes and treatment. Fauchard is considered the “Father of Modern Dentistry” because he wrote what is considered the first comprehensive scientific description of dentistry. Fauchard’s work established Dentistry as a profession in its own right. Fauchard also wrote of the connection between a diet high in sugar and dental decay. 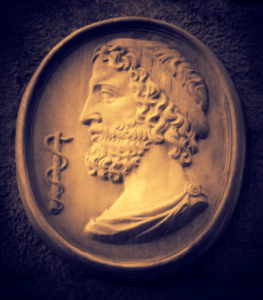 The advancement of modern dentistry continued in the United States with innovative and systematic approaches to providing dental care. Boston’s Revolutionary War patriot, Paul Revere, famous for his ‘Midnight Ride’ was a silversmith, copper engraver as well as practicing dentist who used his ingenuity, industriousness, and dexterity to manufacture dental appliances and denture teeth out of silver, ivory and other materials. After the battle of Bunker Hill, Revere used his knowledge of dentistry to identify the remains of the physician Joseph Warren who was captured and killed by British soldiers. Dr. Greene Vardiman Black was an American dentist and Union scout during the time of the Civil War whose research became a foundation for modern teaching of dentistry. Dr. Black established methods of treating dental decay that resulted in stronger and more predictable restorations of teeth. G. V. Black was also an inventor who developed an early foot powered dental drill and methods of systematically removing caries from teeth to maintain the strength of teeth after the decay was completely removed. 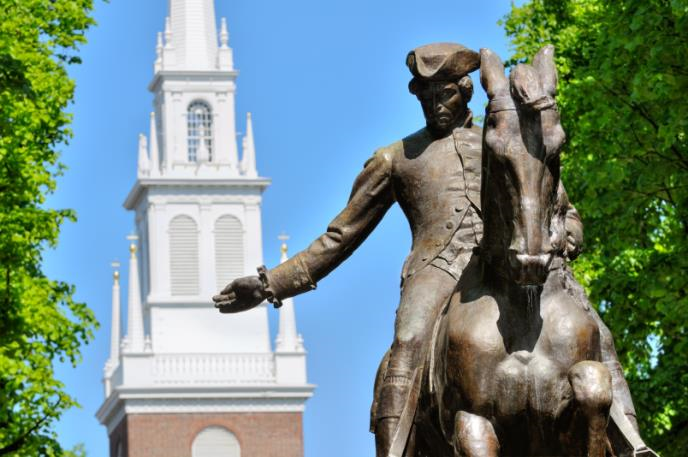 Dentists today are trained to treat patients by drawing upon years of education in medicine, anatomy, biochemistry and other health sciences. We use modern imaging tools, high definition radiographs and cone beam CT scans. The methods and materials in use today allow for treatment of dental disease in comfort and promote long term maintenance of optimal oral health. The providers at Dental Associates of Walpole are passionate about this commitment to promoting health in others; many of our doctors, hygienists and dental assistants are involved in volunteer activities throughout the year both here and abroad. Our doctors mentor new dentists, publish articles, teach, provide care to veterans, lead and make contributions to professional associations. At Dental Associates of Walpole, we strive to live up to the legacy of great practitioners of the past: giving back by helping those who often have no one else to turn to for care and providing treatment to all of our patients with integrity and kindness. In the spirit of building on the roots of a tradition compassionate care, we pledge to pay it forward by providing the best care for others.