People often ask me, where are you from? I suspect the reason I get asked is because, while I am proud of my command of the English language, I do have a subtle accent. I suppose that combined with my somewhat ethnic look and ethnic sounding name has people curious about where I am from.

I am comfortable with my identity and proud of my background, so I really enjoy answering the question.

I was born and raised in Brazil. In my years living in the US, 18 years in total, it has occurred to me that many Americans don’t really know that much about Brazil. I thought I would use this article as an opportunity to highlight some of the things I love most about my country.

While we do have a lot of beautiful beaches along the coastline on the eastern side of the continent the Brazilian landscape is varied and consists of large forests as well as thriving urban centers and cities.

Most people associate Brazil with the Amazon, which is cool to do, but Brazil features more than just a vast rain forest rich with wildlife and interesting places to visit. 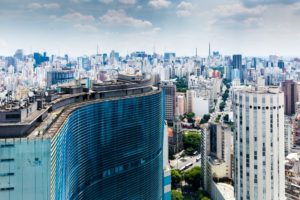 Sao Paulo, as an example, has over 11 million residents. Rio de Janeiro has over 6 million. These are the biggest cities in the country, situated on the Southeastern part of Brazil. Most Americans would very much feel at home in either city as aside from the language spoken, they are very familiar with many of the large cities in the US.

Many also may not know that Brazilians are Latino because the country, while located in South America, is part of the collection of countries associated with Latin America.

Brazilians are not considered Hispanic because the country’s primary language is Portuguese. Yes, Brazilians do not speak Spanish. We are the only country in South America that speaks Portuguese, and in fact we have the largest Portuguese speaking population in the world.

Just like America, Brazil has a long history that intersects between native people, European colonization (mainly from Portugal), African slavery, and global immigration patterns. Most people are surprised to hear that Brazil is home to the largest Japanese population outside of Japan. This diversity of people has created a rich religious, musical and culinary culture.

Some of our favorite dishes include Feijoada (black bean stew containing pork meat and eaten with rice), Gaucho Rodizio which is grilled meat on skewers and Moqueca de Peixe (fish stew cooked in coconut milk).

Brazilians are football crazy, and the country has produced some of the most popular players in the world! Brazil has also won the FIFA World Cup more times than any other nation. By football I naturally am not talking about the game Tom Brady plays. I am talking about soccer!

Brazil is home to the world’s largest carnival. Each year, in the days leading up to Lent, millions of people take to the streets of the country to enjoy music, samba dancing, elaborate costumes and parades. You may also no know that Samba is recognized around the world as a symbol of Brazil and Brazilian culture which is symbolized for a love of living a full life.

Brazil is predominantly a Roman Catholic country with the largest catholic population in the world. Symbolic of Brazil’s religious affiliation is the colossal statue of Christ the Redeemer that stands on the summit of Mount Corcovado in Rio de Janeiro.

Brazil is the largest producer of coffee too.

The climate in the majority of the country is tropical and we do drive on the right-hand side of the road. 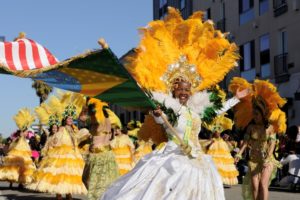 Brazilian people are open and friendly, often use hand gestures while communicating and are not put off by touch. Men and women shake hands when greeting but women generally kiss starting with the left and alternating cheeks.

Family is of paramount importance to the Brazilian people and grown up children often remain with parents until they marry. Extended family members also tend to keep close ties with one another. Relationships in general are essential to Brazilians.

As I said above, I have lived in the USA for 18 years and have been married to an Italian American for 15 years, so I can say I have been deeply influenced by the American Culture which I have come to love very much.

I am also proud to be an American Citizen.

Being bicultural and raising a child in an environment that mixes different backgrounds has been very enriching to my family. Sharing cultures and traditions through food, language and beliefs has not only allowed us to be creative and open minded, but also contributed positively to creating our own family traditions.